Display items: a good idea for a favourable purchase of computer equipment 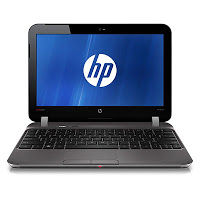 Thinking of buying a new computer or laptop? Do you also want to save some money? Then buying a display item is the right choice for you.

Have you heard these words before? They all denote completely new computer products, which are mostly items in stock that haven’t been sold, computer fair items, display items or items with minor visual flaws. Their essential feature is that they are completely unused items.

These are computers or laptops that served as display items because they were driven out of the market by the rapidly developing technology. All major computer equipment manufacturers issue new models and remove older models from sale in a short period of time. The market is then flooded with thousands of unsold items that end up on our shelves. These are completely new computers that have been taken out of their original packaging and were later retested, inspected and repackaged. We cannot sell them as “brand new” products even though they have never been used before. In some instances, as is the case with cancelled orders, such computers are never even taken out of their packaging. This is the biggest advantage of purchasing display items as you get a completely new computer at a very good price. The computers described above are up to 30% cheaper, which is definitely a much more attractive offer for the end consumer than buying a new computer.

These are premium quality computers and laptops of recognised brands such as HP, Asus, Sony, Toshiba, Lenovo ... The computers and laptops from the “Renew” programme aren’t intended just for basic use like browsing the internet, using office programs, watching films ..., which is also the case with second-hand computers and laptops, but for more advances users as well. With their powerful components, they can handle even the most demanding tasks and satisfy the needs of every user.

We must stress that our computers mostly come from abroad so they have the operating system installed in a foreign language. The keyboard layout of symbols often differs from the English keyboard. But there’s no need to worry because we include a set of specially adapted English labels with every laptop.

At PoceniPC, we have a diverse range of Renew computers and laptops at our disposal. With such a varied offer, we’re certain that every customer can find a computer or laptop that suits them, and up to 30% cheaper.